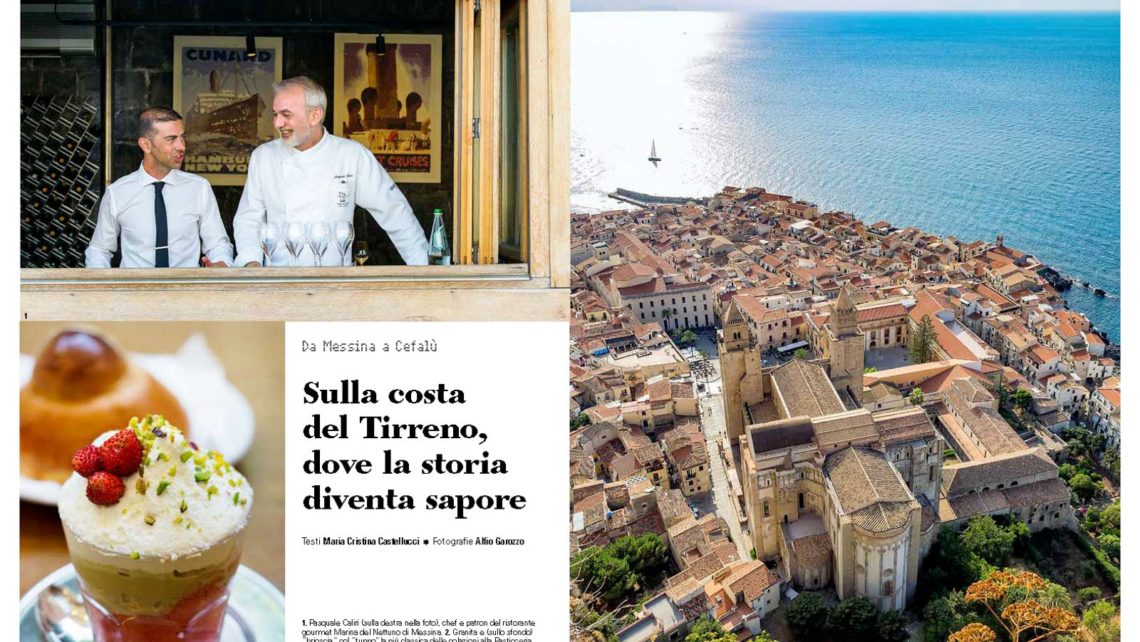 From Messina to Cefalù

On the Tirreno Sea coast, where history becomes taste 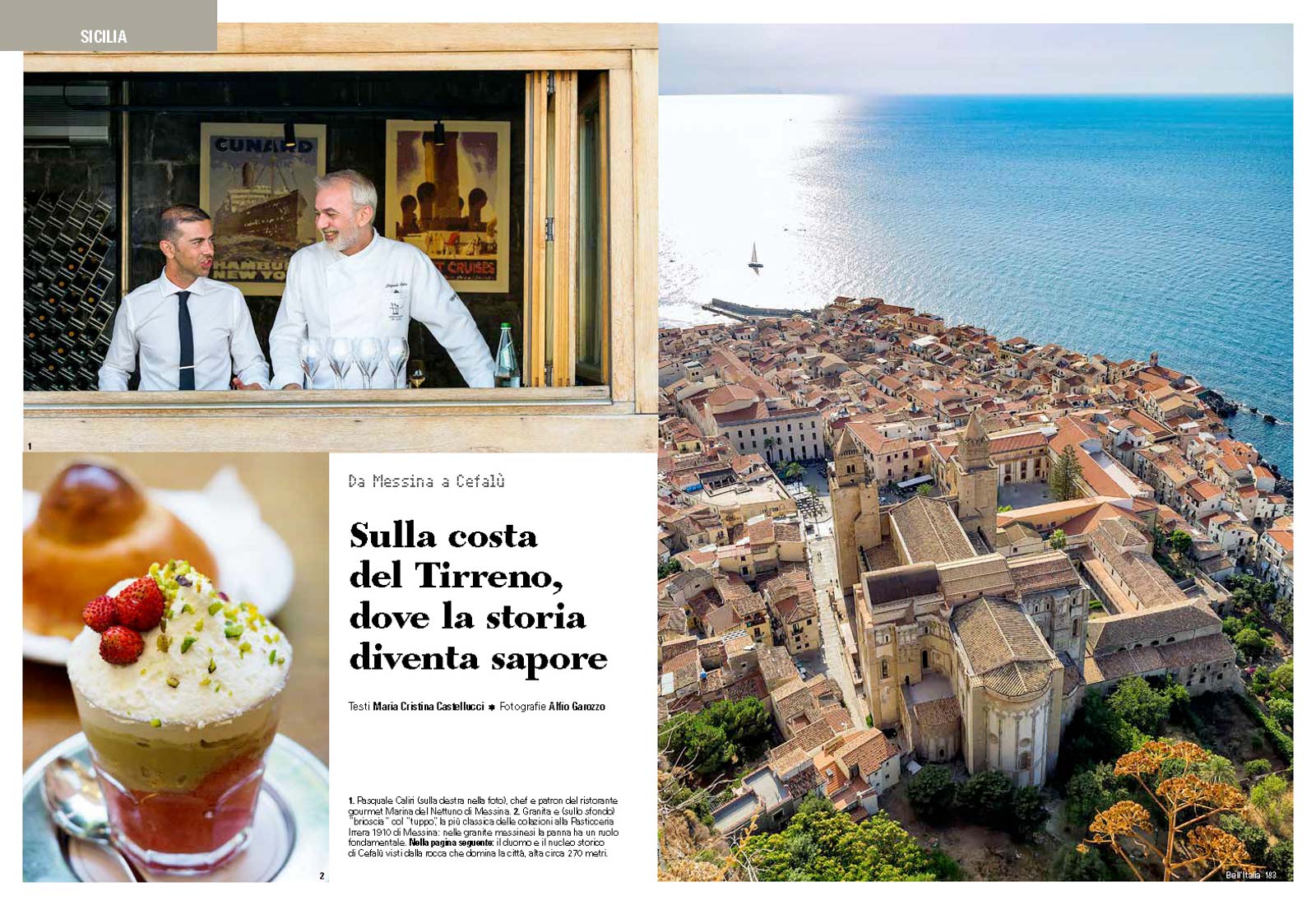 From Messina we pass. In a hurry, perhaps, because on the way to the “continent” or other island destinations.

It has always been like this, and on this constant passage between West and East, North and South the city has built its fortune and its gastronomy for centuries: a sample of flavours that were born, perhaps, Sicilian and then transformed. Or vice versa. The pisci stoccu, for example, the stockfish, was probably brought by the Normans, but the preparation of the “ghiotta”, with tomatoes, potatoes, aromas, capers, has nothing Nordic. To taste this dish, even in a revisited version, you go to the Marina del Nettuno, the kingdom of chef Pasquale Caliri. His is a “gluttony you don’t expect”, where the potatoes become a mousse and the pear chips leave a fresh and a bit exotic sensation in the mouth. Caliri’s dishes, after all, are all like this: simple but with a touch of originality and an evocative name. Things like “Il senso della ricciola per la melanzana” (The sense of amberjack for eggplant) or “La mullet that bites the liver”, where the fish is accompanied by vegetable foie gras and toasted breadcrumbs. That of Messina is a gastronomy linked to the sea, nor could it be otherwise. 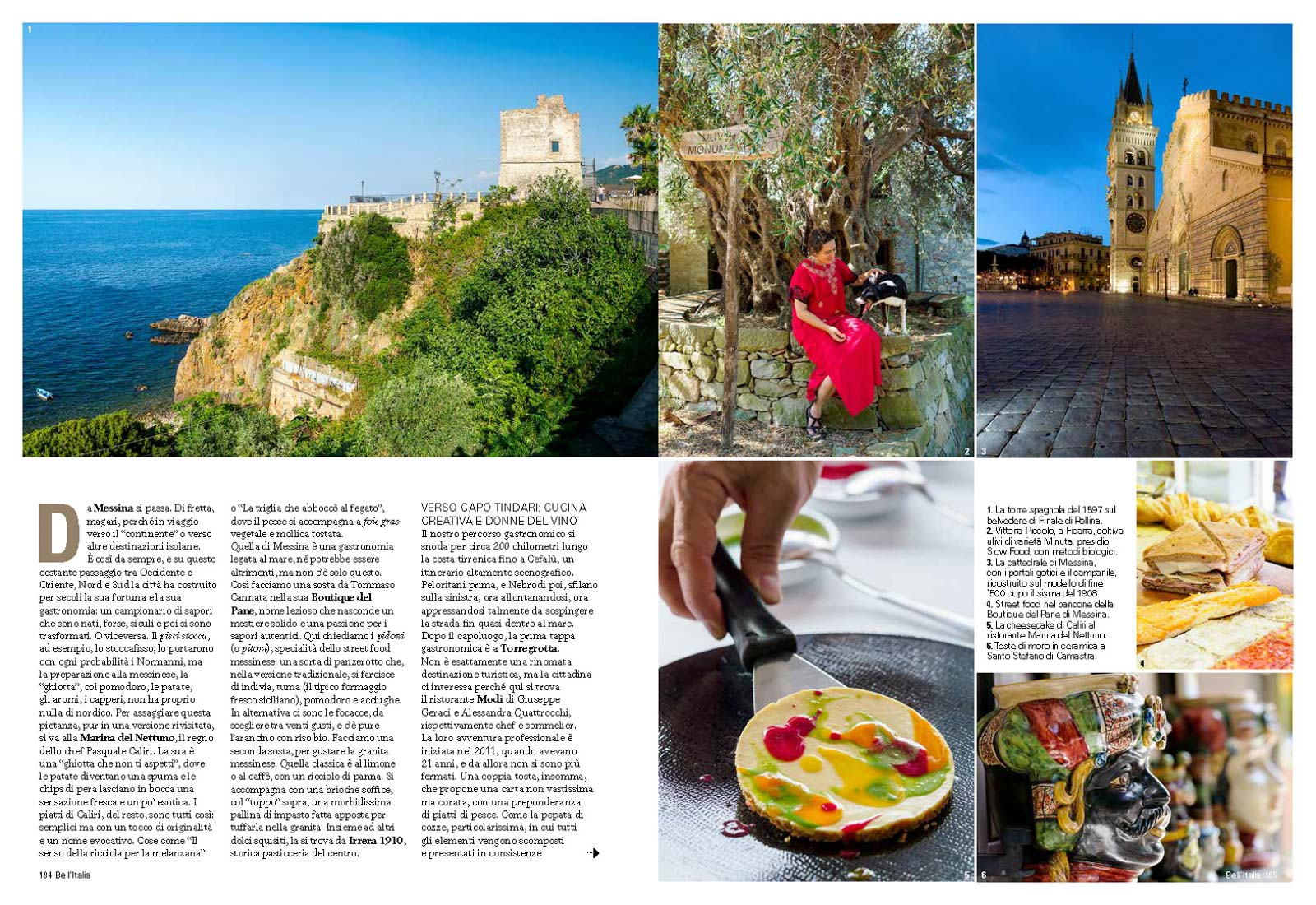 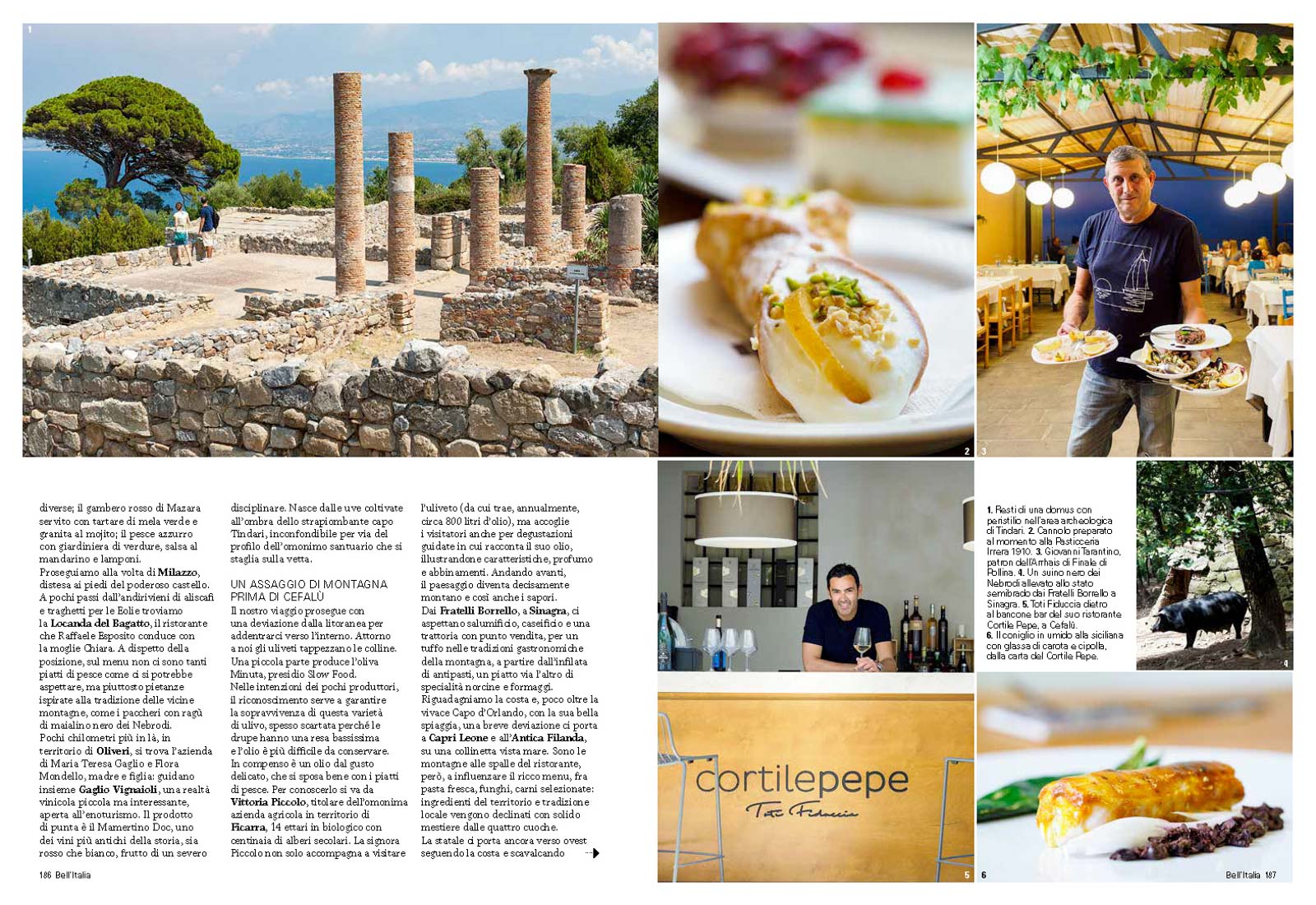 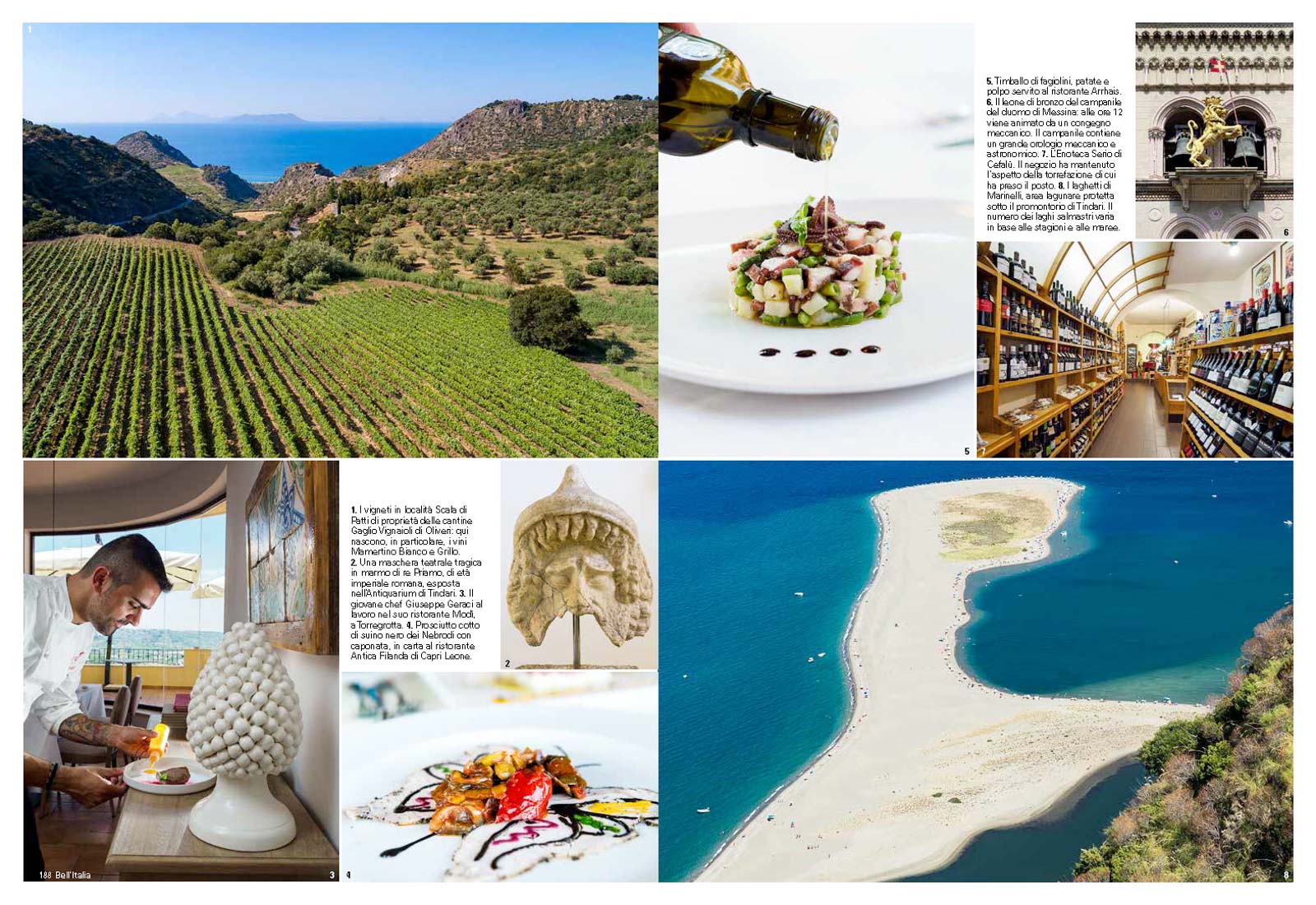 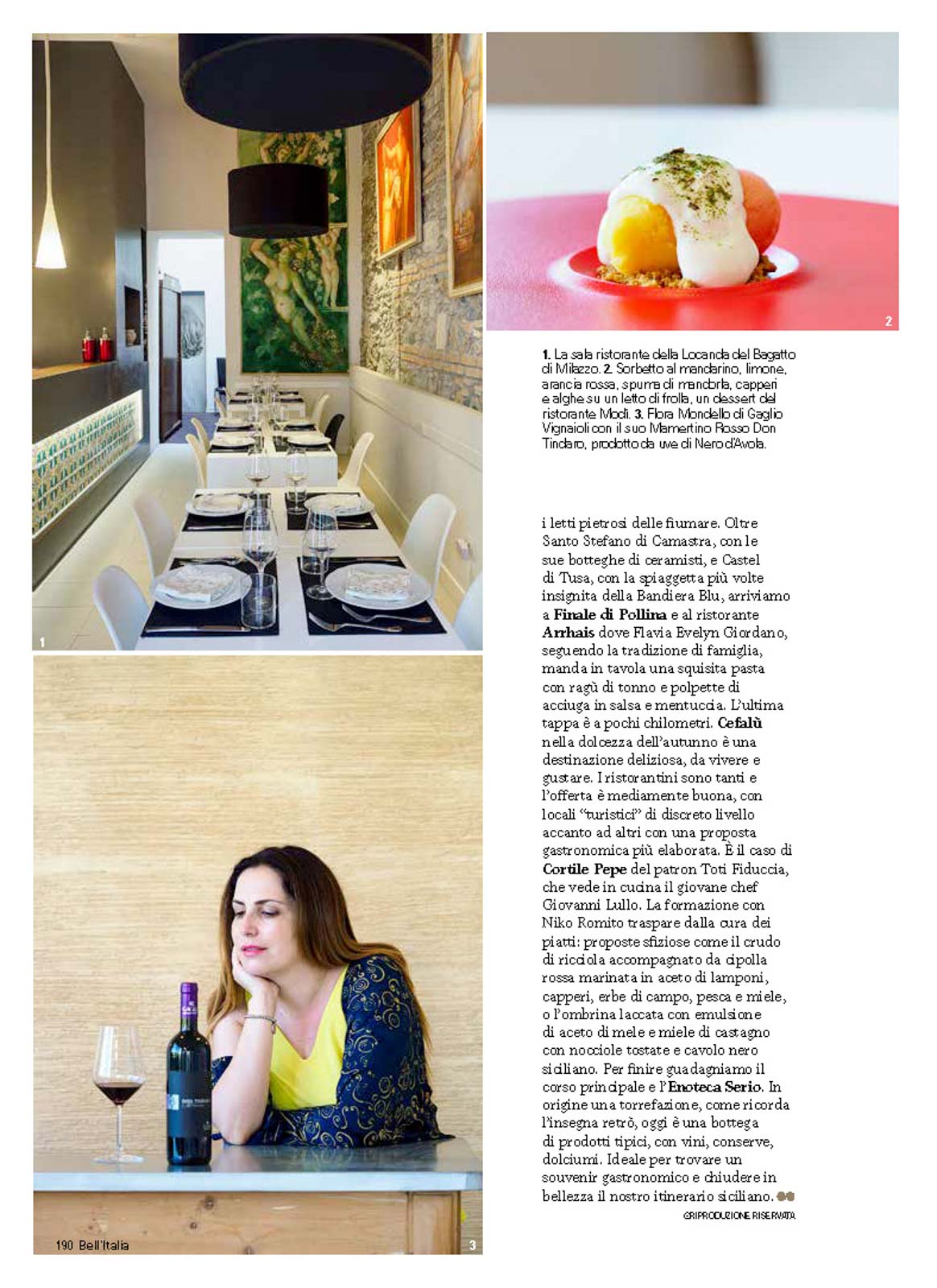